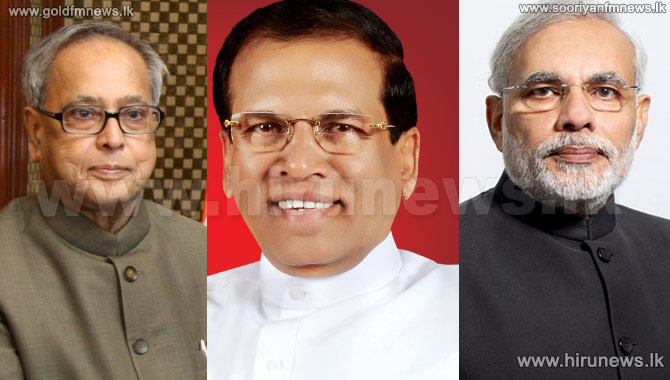 President Sirisena was invited to visit New Delhi by Indian Prime Minister Modi when he called him congratulate on his election victory.

During his visit, the Sri Lankan President is expected to hold discussions with Indian leaders on a wide range of issues.

During the Sri Lankan President's visit the two countries are scheduled sign several bilateral agreements including a Memorandum of Understanding on cooperation in the field of agriculture.

While in New Delhi, the President will also discuss bilateral cooperation between the two countries in the fields of highways, higher education and investment promotion, and sign relevant agreements.

Minister of External Affairs Sushma Swaraj and Finance Minister Arun Jaitly also are scheduled to call on the President.

He will also have discussions with several other political leaders including Congress Party leader Sonia Gandhi and former Prime Minister Dr. Manmohan Singh.