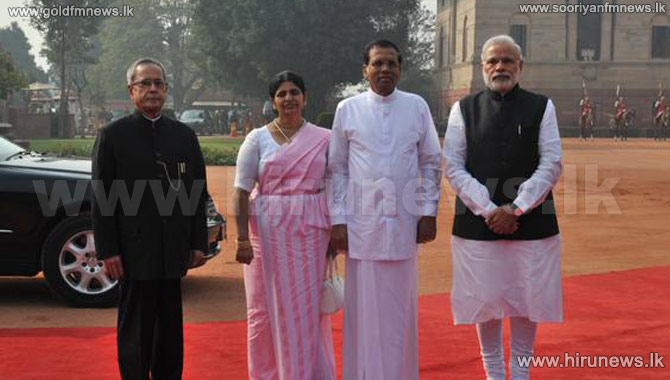 Advisor of the Federation of Indo-Sri Lankan Fishermen’s Associations S.P. Anthonymuththu told our news team that the Federation Chairman T. Devdas would lead the delegation to today’s meeting to be held at the Sri Lankan High Commission Office in New Delhi.

Reciprocal to the Sri Lanka gesture, India also released 6 fishermen and 24 fishing boats in their custody.

Anthonymuththu said that at present there are no Sri Lankan fishermen or fishing boats held by Indian authorities.

During his visit, the Sri Lankan President is expected to hold discussions with Indian leaders on a wide range of issues.