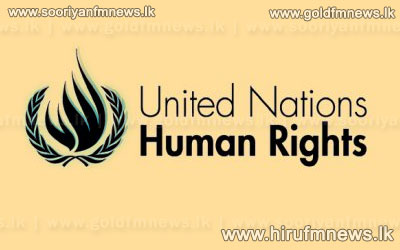 The United Nations High Commissioner for Human Rights Zeid Ra'ad al-Hussein has agreed to postpone the presentation of the report of the UN Human Rights Council mandated on the probe on alleged war crimes at the 28th session of the council next month.

Reuters reported that in a letter to the president of the UNHRC, which set up the investigation in March last year, Zeid has recommended delaying publication of the report from next month until the council's 30th session in September.

Sri Lanka sought a delay of several months in the release of the UNHRC report on the investigation of alleged war crimes committed during the country's three-decade long war.

The Office of the UN High Commissioner for Human Rights was scheduled to present the investigative report on the investigation mandated by the UNHRC at its 28th session in Geneva on March 25th.

The council will determine the report's final publication date, although Zeid's opinion will be influential in its decision.

In his request to the Human Rights Council, Zeid appended a letter from Sri Lanka's Foreign Minister Mangala Samaraweera, which set out reforms that the new government planned to implement within 100 days, including ensuring justice for war crimes.

Minister Mangala Samaraweera during his visit to Washington last week said the new government is seeking a delay in releasing the report of the investigation by several months until the government had time to establish a mechanism to deal with the issue.

Minister Samaraweera in his letter to the High Commissioner said the new government has "already taken a series of steps to ensure freedom of expression, assembly and movement, and protect and safeguard the human rights of all citizens as already manifested and widely acknowledged by the international community."