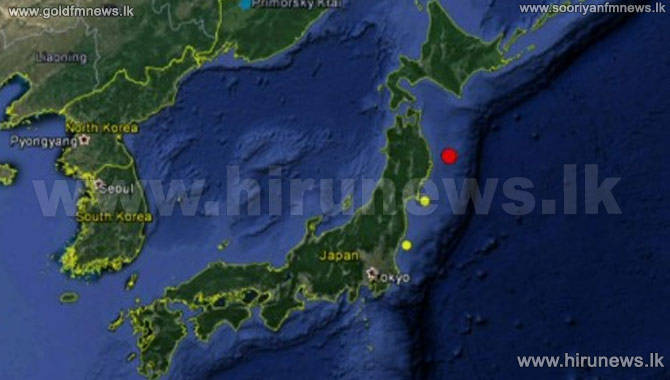 Local fishermen in several ports in the area said an around 10 centimeter tsunami struck Iwate Prefecture, according to Japanese broadcaster NHK. The Japan Meteorological Agency (JMA) had advised evacuating the coastal areas there.

The tsunami warning in the area has been cancelled, the JMA said.

"Though there may be slight sea-level change in coastal regions, no tsunami damage is expected," the JMA said on its website.

Iwate Prefecture is largely rural, with a total population of around 1.3 million. While the area has a nuclear power plant, it was not damaged, according to a report from NHK. It also reported that local train lines have suspended operations.

However, there will be no effect on Sri Lanka due to this seismic activity. (CNBC)