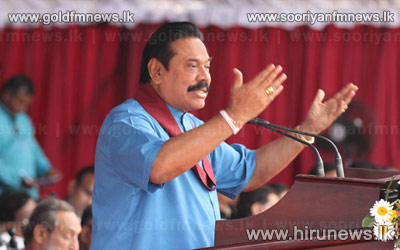 Speaking further at the meeting, former President Rajapaksa said that people in the North and the East got a chance to vote against him for his actions to unite the country.

He said that he would win if people in the two provinces vote for him in the last presidential election.

However he said after election results were released, he bowed to the people’s mandate and left Temple Trees even before 24 hours.

He also said he firmly believes that political mud slinging and insulting should be stopped.