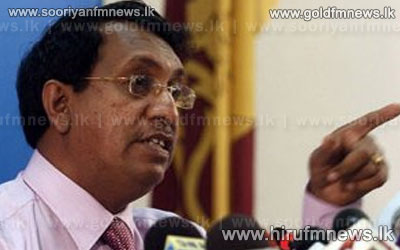 A group of SLFP members have decided to participate in the rally organized by UPFA coalitions at Nugegoda tomorrow.

The MEP, NFF, DLF and Pivithuru Hela Urumaya have organized this rally under the theme “Are you ready to make the country victorious with Mahinda”.

Several groups of PC and Local government members of the SLFP have already decided to take part in this rally tomorrow.

Western Provincial Council Chief Minister Prasanna Ranatunga, who is among the group, says that he took this decision guided by his conscience as he wished Mahinda Rajapaksa’s victory from the beginning.

He stated in a communiqué that this matter was discussed with SLFP national organizer Susil Premajayantha.

Meanwhile SLFP General Secretary Anura Priyadarshana Yapa told our news team that his party has not been invited to the Nugegoda rally tomorrow.

When asked a meeting of this nature would lead to divisions in the party, Anura Priyadarshana Yapa had this to say.

Although Anura Priyadarshana Yapa said SLFP was not invited to the Nugegoda rally tomorrow, MEP leader Dinesh Gunawardana said all UPFA coalitions have been invited to the meeting.

The resolution had been moved by Western Provincial councilor Gunasiri Jayanath.