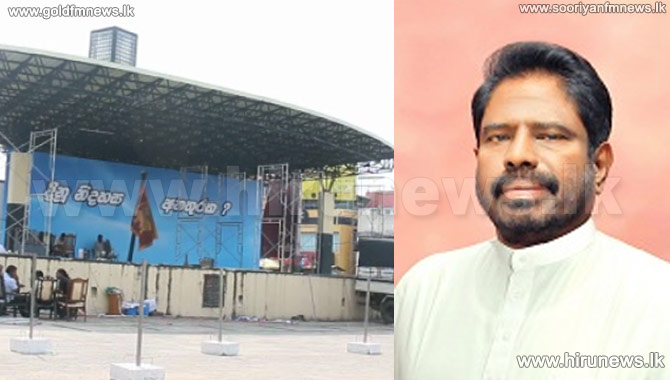 UPFA MP Nishantha Muthuhettigama said that he would participate in the rally to be held this afternoon at Nugegoda under the theme “Are you ready to make the country victorious with Mahinda”.

The MEP, NFF, DLF and Pivithuru Hela Urumaya have organized this rally at 3 o’clock this afternoon.

Several groups of PC and Local government members of the SLFP have already decided to take part in this rally tomorrow.

Western Provincial Council Chief Minister Prasanna Ranatunga, who is among the group, says that he took this decision guided by his conscience as he wished Mahinda Rajapaksa’s victory from the beginning.

However SLFP General Secretary Anura Priyadarshana Yapa told our news team that his party has not been invited to the Nugegoda rally today.

Former Deputy Health Minister Lalith Dissanayake said that he would bow to the party stand and not participate in the rally today.

Meanwhile MP Muthuhettigama told our news team that former President Mahinda Rajapaksa should be the UPFA prime ministerial candidate at the next general election.

At the same time, addressing a ceremony held in Bibile yesterday, former minister Vijith Vijithamuni Soyza said that those who would participate in the Nugegoda rally today would not change their political stand.