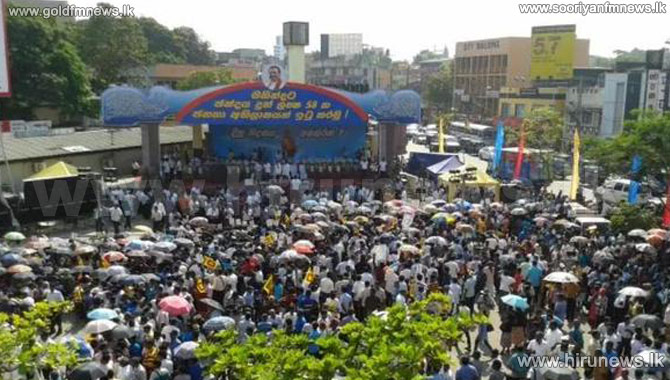 A public rally organized by several political parties on the theme “ Freedom won at risk, let’s rally round and win the national challenge” is currently being held at Nugegoda.

MEP, NFF, DLF and Pivituru Hela Urumaya which organized this rally insisted that former President Mahinda Rajapaksa should be fielded as UPFA prime ministerial candidate in the next general election.

LSSP, DVJP were also present at the rally while representatives of several civil organizations participated in the rally.

Surrounding roads in Nugegoda have been blocked for traffic due to this public rally and the message sent by former president Mahinda Rajapaksa was read out by a former Sri Lankan permanent representative in Geneva Dr. Dayan Jayatillaka.