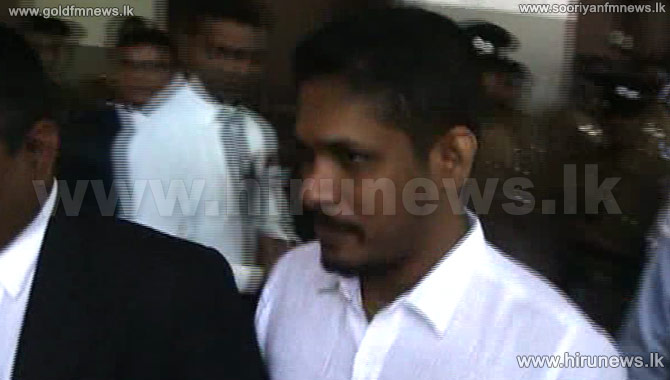 Our correspondent stated that police and police special task force were deployed to strengthen security in the Court premises.

Samantha Kumara alias Wele Suda told Court today that he is innocent for all 57 charges made against him including accumulating illegal wealth under Money Laundering Act.

Colombo High Court Judge Devika Tennakoon who fixed the case for March 23rd permitted to keep him under detention order and question further.

The suspect was scheduled to be produced before Court for the first time earlier, but CID informed Court that the suspect would not be produced due to security reasons.

Wele Suda’s wife and his mother-in-law were also present in court today, and the Judge ordered them to appear in Court on March 23rd.

The Narcotic Bureau officials inspected a vehicle yard where a fleet of tractors used by Wele Suda to smuggle heroin to Sri Lanka were abandoned last Monday.

The tractors were hidden in this yard in front of the Catholic Church at Sinhaaramulla in Kelaniya.

The initial investigations revealed that the gear boxes of these tractors had been removed and concealed heroin in the empty space.