ISIS Intends To Flood Europe with 500,000 Immigrants in 'Psychological War' On the West 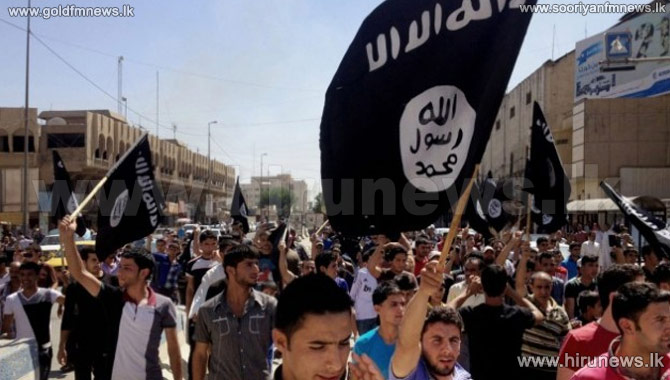 Before his demise as leader of Libya, Colonel Muammar Gaddafi warned that the Mediterranean would become “a sea of chaos,” and it seems the Libyan dictator may have been right.

Even though, at the time Gaddafi gave an interview in March 2011, when he said those famous words, just before he was brutally killed on the streets of the capital of Libya by rebels, ISIS didn’t even exist, but it seems Gaddafi made a prophecy which came true, judging by the situation on the ground today.

Four years since the death of Gaddafi, ISIS kidnapped and beheaded 21 Christians in Sirte, before releasing footage of their beheadings on the shores of the Mediterranean.

The fact that those beheadings took place just 220 miles south of the Italian border is enough to alarm even the most self-hating, in denial European, especially as ISIS have said they intend to recruit half a million immigrants from North Africa to enter Europe via Italy.

The terrorists of ISIS aren’t messing around when it comes to threatening the West, with the goal of establishing a radical Islamic Caliphate across the world, with the black flag of barbaric Islam flying over The White House and Buckingham Palace.

Whether it’s brutal beheadings, burning people alive or selling underage woman as sex slaves, flooding Europe is just another way for the Islamists to infiltrate the West and wage a Psychological War’ on her from the inside.

Italian security chiefs have already approved emergency plans to put 4,800 soldiers on the country’s streets to help prevent terrorist attacks, and that’s not to mention the bolstered border forces they need so that infiltration isn’t so easy from the now mainly ISIS controlled Libya.

Troops are also expected to be deployed at tourist venues such as archaeological sites and monuments, as well as at Synagogues and other venues considered “hot spots.”

Italian Minister for the Interior Angelino Alfano said on Monday that Libya was the “absolute priority” at the moment and insisted there was “not a minute to lose” in the war on ISIS.

As Alfano said, “If the militias of the Caliphate advance faster than the decisions of the international community how can we put out the fire in Libya and stem the migration flows? We are at risk of an exodus without precedent.” (INQUISITR)