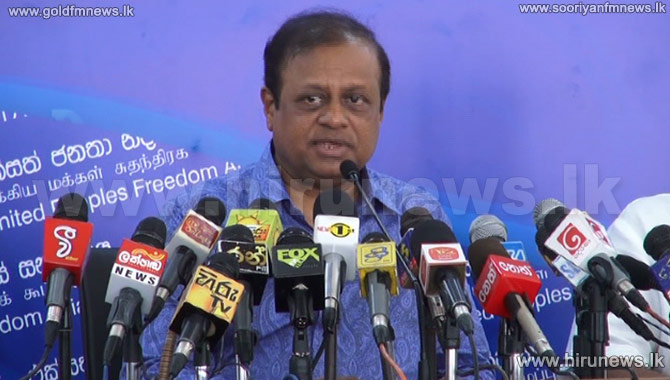 UPFA General Secretary Susil Premajayantha says that the party is certain to announce its prime ministerial candidate after the general election is called for.

The new national organizer and the treasurer of SLFP Susil Premajayantha and S.B. Navinna respectively assumed duties today in their positions at the party headquarters.

Later addressing a media conference held at the SLFP headquarters, Opposition Leader Nimal Siripala de Silva said the victory of SLFP would not depend on a single person but it would depend on the unity of all.

Speaking to the media, SLFP new treasurer and former senior minister S.B. Navinna said that there is possibility to obtain power of the county by holding an election or without an election.

At the same time, MPs C.B. Rathnayake, Western Provincial Council Chief Minister Prasanna Ranatunga and Provincial Councilors Nimal Lanza and Upali Kodikara who participated in the yesterday’s rally in Nugegoda were also present at the meeting held at SLFP headquarters his morning.