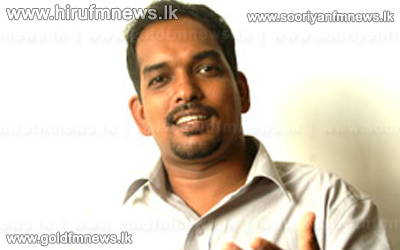 MP Ajith Kumara told our news team that a group of  Immigration and Emigration Department  and police officials entered his office in Pannipitiya by force.

The MP said that they searched his office in search for Frontline Social Party leader Kumar Gunaratnam.

The MP said that he had also filed a letter about this incident to the IGP.

This letter has been copied to the Prime Minister, Speaker and the Opposition Leader as well.

The Supreme Court day-before-yesterday rejected a fundamental rights petition Kumar Gunaratnam had filed appealing for the prevention of his arrest or extradition from the country.