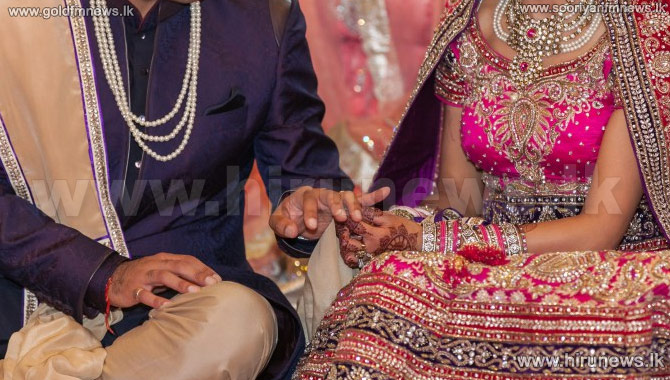 A 23-year-old bride from Rampur swapped her fiancé for a wedding guest, after he had an epileptic fit.

The 25-year-old groom suddenly fell to the ground during the customary exchange of "varmala" flower garlands. The “varmala” was then exchanged between the two and they were ushered away.

Kishore fell to the ground in front of the guests and began seizing — sending Indira into a fit of rage since her family had refused to mention his medical problem. Infuriated that she had been left in the dark, she announced that she would have no problem getting married that day — just not to Kishore.

Indira scanned the crowd and promptly pointed to a man named Harpal Singh, declaring that she would wed him on the spot. Unbeknownest to her, the new groom was actually her sister’s brother-in-law, The Times of India reports.

Caught completely off-guard, Singh — who was wearing jeans and a leather jacket at the time — stood up and told everyone in attendance that he would willingly take Indira to be his lawfully wedded wife.

The “varmala” was then exchanged between the two and they were ushered away.

Kishore, meanwhile, had been rushed to the doctor by his relatives, according to The Times of India.

The dumped man was back to the wedding in time to bid farewell to Indira and meet the man she swapped him out with. (New York Post)