Sarana Gunawardana complains to the Human Rights commission in Geneva 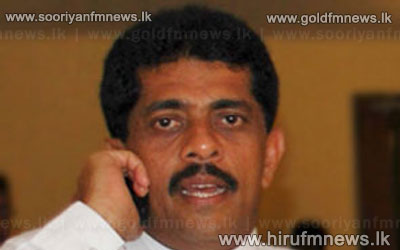 The former deputy minister and MP Sarana Gunawardana says that he would submit a petition to the Geneva Human Rights Commission in connection with receiving death threats by a certain person.

The MP said that he has made a complaint with regard to his death threat to the Gampaha police as well.

However our attempt to contact the Police Media Spokesman to comment on this complaint was futile as SSP Ajith Rohana did not respond to our call.

The Colombo Chief Magistrate recently impounded MP Sarana Gunawardana’s Passport on the request of the Commission to Investigate Bribery or Corruption as the MP has been charged for 50 counts that he allegedly committed during his tenure as the Chairman of the Development Lotteries Board.