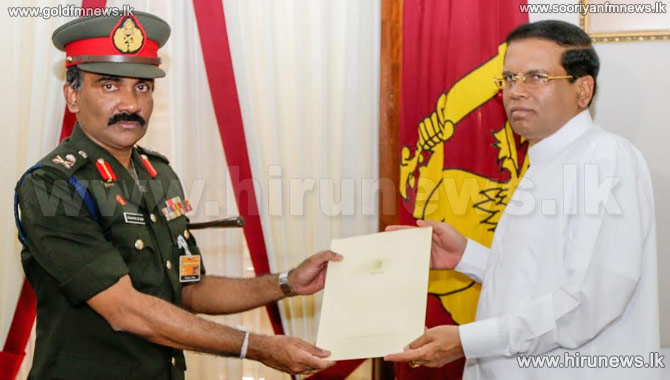 President Maithripala Sirisena in his Capacity as the Minister of Defence and Commander in Chief of the Armed Forces appointed Major General Krishantha De Silva as the next Commander of the Sri Lanka Army, effective from 22nd February, 2015.

He is the 21st commander of the Sri Lanka Army.

Major General Krishantha De Silva had joined the Sri Lanka Army as Cadet Officer in 1980 and has served in many regions including operational areas.

He has been awarded a number of medals including the Rana Wickrama Padakkama.