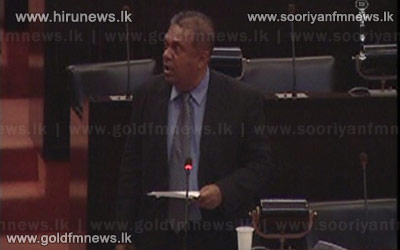 Amendment to the Bill of National Authority for Tobacco and Alcohol was taken for debate in parliament today.

Meanwhile, Foreign Minister Mangala Samaraweera stated in parliament today that he has received information about a Sri Lankan ambassador who had supplied arms to various groups operational in that particular country.