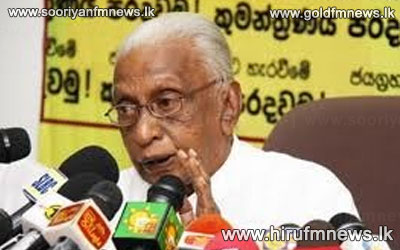 The Supreme Court (SC) has decided to hear the case filed against the Tamil National Alliance (TNA) election manifesto on July 06.

A petition had earlier been filed by Dr. Gunadasa Amarasekera and six others against the manifesto of the TNA in 2013.

The petition was filed under Article 157 (4) A of the Constitution claim the TNA manifesto violates the sixth amendment to the constitution that prohibits any political organization from having as one of its aims the creation of a separate state within Sri Lanka and spreading racism.

The Supreme Court (SC) has decided to apply a new approach at the next hearing of the case on July 06th, Dr. Amarasekera stated.