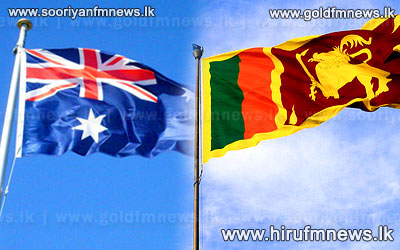 Australian government reiterates that the policy they use when deporting Sri Lankan migrants who enter their country by sea conforms to the international laws.

Australian Minister for Immigration Peter Dutton stated this while expressing his views regarding the incident where 4 Sri Lankans were arrested in the middle of the ocean and later deported to Sri Lanka.

Australian Minister for Immigration further said that he has strong confidence regarding the talks on illegal migrants held with the Sri Lankan regime.

He added that despite all the measures taken, the people smugglers have not given up.

These crime syndicates continuously attempt to draw money from these illegal migrants.

However, the Australia will not provide shelter for anyone who enters the country by such illegal means.

The minister further reiterated that he intends to deliver a strong message to state that the money which is invested on illegal seafaring is a complete waste.

Deportation of illegal migrants is implemented as per the international laws and Australian laws.

In addition, Minister Peter Dutton stated that Australia should be aware of the laws affecting Sri Lanka when deporting Sri Lankan migrants.