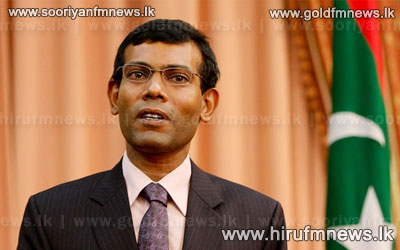 The Police had arrested him with a warrant from the Criminal Court.

According to the warrant, the Police has been ordered to arrest the opposition leader in order to give him no opportunity to flee before trial.

He has now been taken to the prison facility in Dhoo-ni-dhoo Island.

He was arrested on terrorism allegations for having arrested and detained Abdulla Ghazi, the Chief Judge of the Criminal Court during his administration.