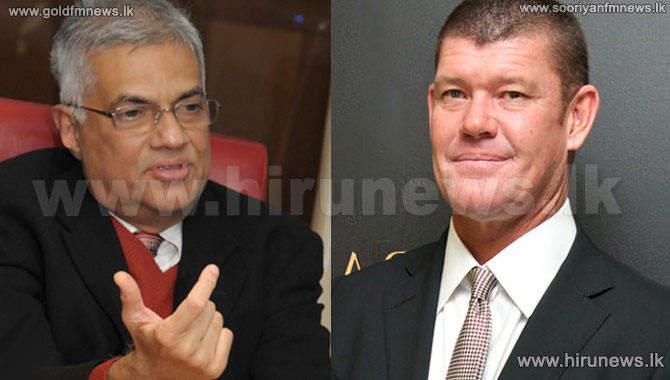 Prime Minister Ranil Wickremesinghe has defended the government’s decision to withdraw licence approval and millions of dollars in tax breaks for James Packer’s now-scrapped 450 million dollar Colombo Crown ­casino project, saying there was “nothing in it” for the country.

President Maithripala Sirisena, promised to scrap three controversial casino ­licences, including Packer’s Lake Leisure joint venture, during the election campaign in which it highlighted widespread corruption and crony capitalism within the former regime.