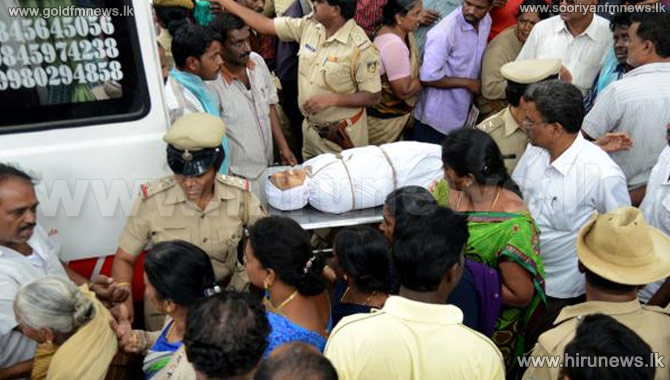 Two individuals, including a Sri Lankan Tamil, were found dead under mysterious circumstances near the Uyyakondan river on Monday in Tamil Nadu.

On information, the police rushed to the spot and recovered the bodies and subsequently sent them to the Mahatma Gandhi Memorial Government Hospital for post-mortem.

Selvam (21) of Vinobaji Nagar in Uyyakondan Thirumalai and G. Ashok (42) of Rettaivaickal were identified as the dead by the police.

Of them, Ashok was a Sri Lankan Tamil living in Tiruchi for the last 10 years. There was no immediate information on whether it was a case of murder or suicide.

Police said the condition of the bodies showed that they might have died two days ago. Investigations are underway. (The Hindu)