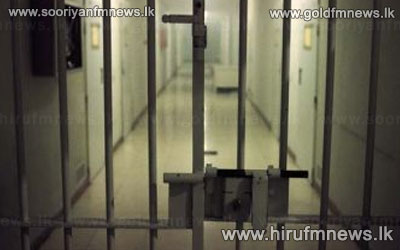 Regarding the death of a suspect who died in police custody, the 6 policemen of Suriyawewa Police who were produced before Hambantota Magistrate today have been remanded until the 4th of March.

The 6 suspected policemen were arrested by a special police team this morning.

The victim, 35-year old resident of Suriyawewa, was arrested by police on the 19th of this month for brewing illicit liquor.

Several neighbors told our news team that they witnessed the police officers assaulting the suspect after he was arrested.

When the suspect fell ill inside the police cell, he was admitted to Suriyawewa Hospital and later transferred to Hambantota Hospital for further treatment.

However, the post mortem revealed that the death occurred due to assault and the 6 policemen were arrested accordingly.

The incident took a new turn after a van driven by another policeman hit a three wheeler where 4 eye-witnesses to the death of the suspect, were returning after giving their statements.

The policeman who drove the van was also remanded till March 6th when he was produced before the court today.