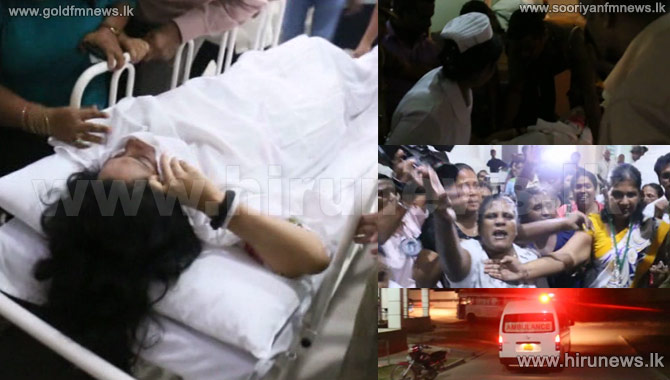 Former Minister Wimal Weerawansa’s wife Shashee Weerawansa, currently serving a remand prison sentence, has been transferred from the Malabe private hospital, where she had been receiving treatment, to the prison hospital.

Colombo Chief Magistrate Gihaan Pilapitiya ordered that a suitable action be taken with regard to Shashee Weerawansa under prisons Chief doctor’s supervision.

The CID arrested Shashee Weerawansa on 22nd of this month on the charge of having in her possession an improperly obtained diplomatic passport.

Subsequently the Kaduwela Chief Magistrate went to the private hospital where she was receiving treatment to examine her and ordered that she be remanded till today.

This case will be taken up again for hearing today.