Suspicion looms about straying Komodo dragon of the Zoo 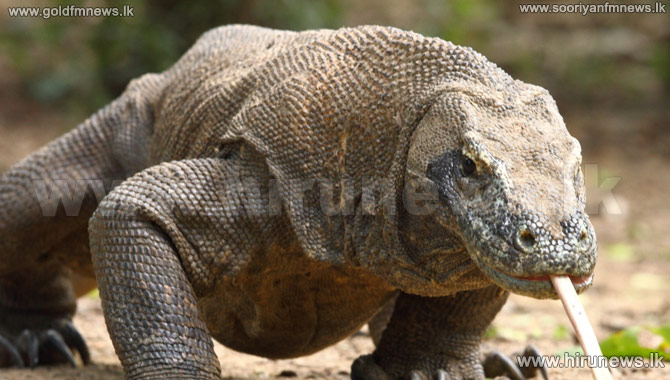 A special investigation has been initiated about the straying of one of the rare venomous reptiles Komodo dragon that is kept in Dehiwala Zoo.

Director General of the Zoo Anura de Silva told our news team that the animal is currently keeping well.

Environmentalists say Komodo dragon which is native to Komodo Island of Indonesia is currently facing extinction.

Later, the Zoo officials, acting on a report about the movement of an unusual animal in Nadimala neighborhood visited the area.

Director General of the Zoo Anura de Silva told our news team that his officials found the lost animal in a nearby canal.

He also said that the Komodo dragon has several wounds on certain parts of its body at the time it was rescued.

The Director General also said that it could have been posed a dangerous situation had the animal attacked somebody as it has venom in its saliva.

Our news team also enquired about the Komodo dragon from environmentalist Pubudu Weerarathna.