"Gota threatened me, so I fled the country"- Ex-SSP Jayakody 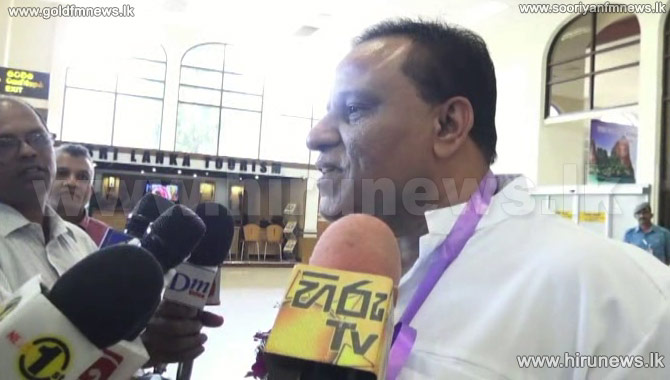 Ex-Senior Superintendent of Police (SSP) and Police Media Spokesperson Prishantha Jayakody, who reached from Australia this evening, claimed that he left the country because of threats received by ex-Defense Secretary Gotabaya Rajapaksa and some of his supporters.

“I served as the Police Media Spokesperson and as Ratnapura Senior Superintendent of Police (SSP) in Ratnapura but I had to disappear from the country because of dangerous political pressure I confronted. When I rebuffed surrender to these pressures I received death threats from former Defense Secretary Gotabaya Rajapaksa,” he stated.

Mr. Jayakody emphasized that even while in Australia he received threats but the Australian government had been proactive in providing protection and keeping him secure.