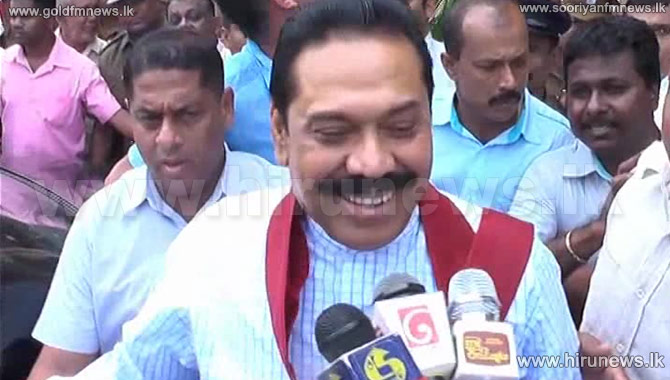 Former President Mahinda Rajapaksa says that law should be implemented swiftly under the good governance introduced by the new government.

Former President Rajapaksa stated this when he visited former Deputy Minister Premalal Jayasekera who is detained in Kuruvita Prison in Ratnapura.

In response to the enquiries made by the journalists and people present at the occasion, the former President stated that he expects prompt legal action under the good governance and that he believes there would be no issues for the release of the former Deputy Minister on bail.

Accordingly, Colombo Chief Magistrate Gihan Pilapitiya ordered the case to be heard the following day, and ordered Shashi Weerawansa to appear in court on the same day.