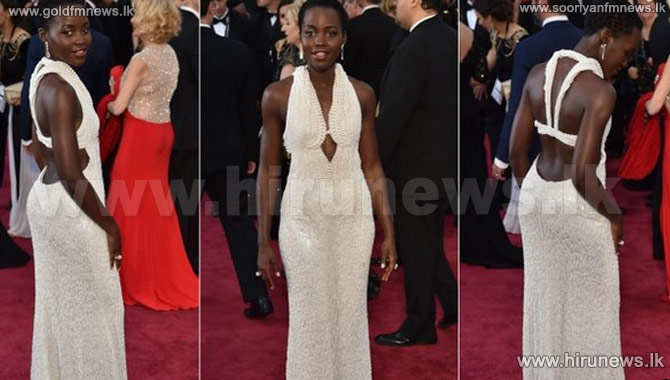 Lupita Nyongo's $150,000 Oscars dress has been stolen from her Hollywood hotel room.

The 31-year-old wore the custom Calvin Klein gown created by Francisco Costa that featured 6,000 pearls to the 87th Academy Awards ceremony on Sunday.

It is understood the show-stopping outfit was taken out of her room at The London hotel in West Hollywood.

She told police it went missing between 8am and 9pm on Tuesday while she was out, reportedly.

A spokesperson from the LA Sheriff's Department told Us Magazine: 'I can confirm a dress was stolen from the London Hotel that belonged to the actress Lupita Nyong'o,"

'We believe it was taken sometime during the day yesterday. We are looking at every scenario; when the cleaners go to clean the rooms they do it with the door open so that's a possibility.'

They added, 'Currently we are still investigating, detectives are interviewing and looking for witnesses.'

The London also confirmed the incident: 'This is a terribly unfortunate situation, and we are working with law enforcement on their investigation.'

On Wednesday the actress shared a timelapse video of her pre-Oscars prep which shows her with her style team in her hotel room getting her glammed up before the big event. (Daily Mail)