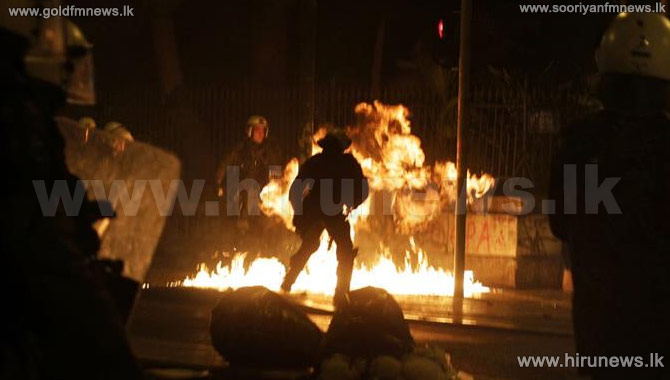 Dozens of black-clad protesters have clashed with riot police in central Athens, smashing shop windows, throwing petrol bombs and burning cars after an anti-government march, the first since the leftist Syriza party took power a month ago.

Around 450 far-left protesters took to the streets in opposition to the newly elected left-right coalition government of Prime Minister Alexis Tsipras.

Tsipras' administration made a deal with European Union partners last week to extend an aid programme to Athens.

The deal has triggered dissent within Tsipras' own party and accusations by some on the hard left that the government is going back on pre-election promises.