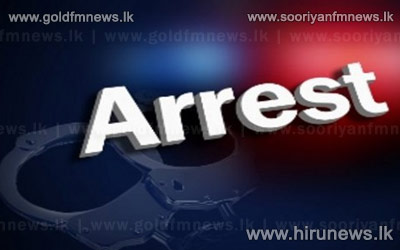 The CID today arrested the SSP in charge of Jaffna W.P. Wimalasena and an IP attached to the Kosgoda Police Station, Mahesh Ananda in connection with the murder of the owner of hotel Biyagama Village.

The duo was arrested on the charges of aiding and abetting to create false evidence with regard to this murder.

The body of Biyagama Village hotel owner Bernard Jayarathna was found in Dompe neighborhood on 20th of February 2012.

However, investigations revealed later that the murder was committed by the hotel owner’s son.

It was reported that the son of the deceased used a modus operandi by concealing some explosives near the house of another person to mislead the investigators.