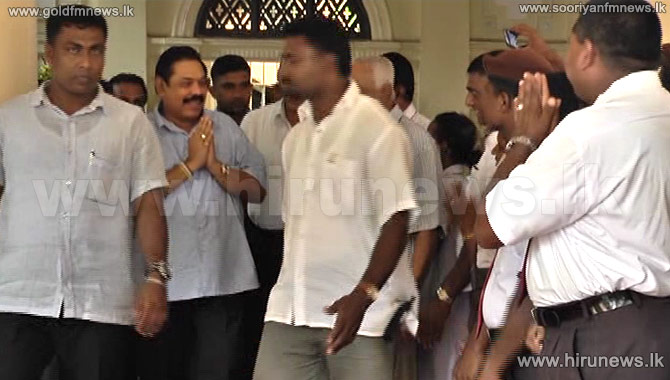 Former Minister Wimal Weerawansa’s wife Shashi Weerawansa who was in remand for obtaining a fake passport on forged documents was released today on strict bail conditions.

In addition, Shashi Weerawansa was ordered to appear before Court Registrar on last Friday of each month between 9 am to 12 pm.

The Magistrate also warned the suspect that she would be remanded without bail until the end of the case, if she would breach the bail conditions or intimidate witnesses.

Meanwhile, an Attorney-at-law Gunarathne Wanninayake who appeared for this case on a special Court permission requested the Magistrate to grant bail on humanitarian grounds as the suspect’s children did not go to school for the last few days.

Attorney-at-law Wanninayake was in the team of lawyers who appeared for former Chief Justice Shirani Bandaranayake after she was removed from her post.

He also appeared for the victory of President Maithreepala Sirisena during the January 8th Presidential election.

After Shashi Weerawansa was released on bail this morning, she was admitted to Colombo National Hospital for further treatment.

Meanwhile former President Mahinda Rajapaksa also visited Sashi Weerawansa in hospital this afternoon and expressed his views to the media.

The former president stated that the court has given a fair verdict, and complained that they need to protect politicians and their families from harassment.

He also emphasized that they should put an end to political vengeance.