China to be consulted on any Project- Mangala 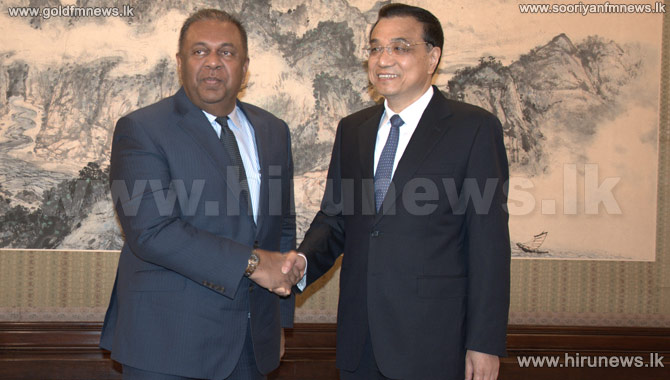 Foreign Minister Mangala Samaraweera said that Sri Lanka has shifted its foreign policy "back to centre" in the interest of its people.

On his first visit to Beijing after the new Sri Lankan government headed by President Maithripala Sirisena took over, Minister Samaraweera held extensive talks with his Chinese counterpart Wang Yi.

The Sri Lankan Foreign Minister dismissed the notion that the new government is moving away from China to warm up ties with India.

Replying to a question about the new Sri Lankan government moving away from close ties with China and getting closer to India, Minister Samaraweera said that Sri Lanka will continue to follow a policy of non-alignment and it’s foreign policy will be based on the needs of the people.

The Foreign Minister emphasised that Sri Lanka will work with the whole world but will have special place for China, which he said is an all-weather friend of Colombo for ages, and also said that India happens to be Sri Lanka’s neighbour and a relative.

The Lankan Minister said some projects, not only Chinese, are being reviewed in the light of certain allegation which were made by the people during the last elections.