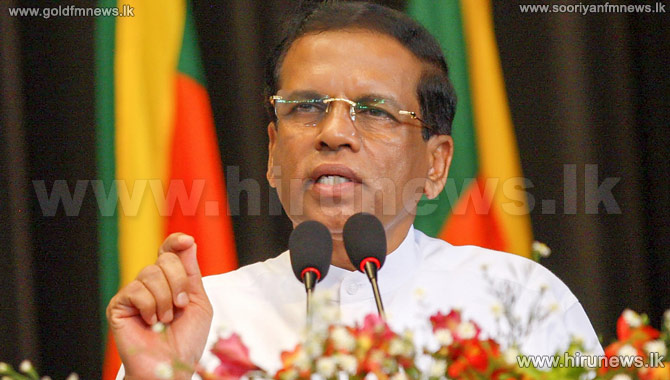 President Maithripala Sirisena says that a country develops by building on its culture, heritage and local values.

The President stated that several such examples can be drawn from developed countries.

President Maithripala Sirisena expressed these views at an event held in view of the 83rd All Island Sinhala Poets Federation held at the Kuliyapitiya Central College Auditorium.

The President further stated that it was every persons responsibility to safeguard the country’s language, culture and ancient art.