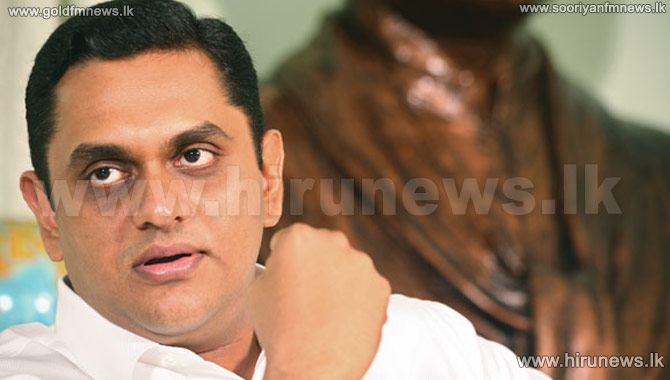 The Opposition Leader Nimal Siripala de Silva says that a petition would be filed with the Supreme Court on behalf of Sashindra Rajapaksa who lost his Chief Ministerial post of Uva Province.

The petition stating the appointment of Harin Fernando to the Uva Chief Ministerial post is illegal was rejected by the Appeal Court today.

Two judges of the Appeal Court Vijitha Malalgoda and H.P.J. Madawala who examined the petition rejected as it contains faults.

The Court of Appeal rejected today the petition filed by Shasheendra Rajapaksa which stated that the removal of him from his position as the Chief Minister was illegal.

The petition was rejected after concluding that it contained flaws.

The petition was heard today before the judges Wijith Malalgoda and H.P.J. Madawala of the Court of Appeal.

Former Chief Minister Shasheendra Rajapaksa filed the petition after stating that the appointment of the incumbent Chief Minister of Uva Provincial council Hareen Fernando was illegal and against people’s expectations.

A group of persons including the Uva provincial Governor were named as the respondents of the case.

Following the power change of the presidential election, a group of UPFA councilors submitted affidavits to the governor, stating that then opposition leader of the provincial council Hareen Fernando should be appointed as the Chief Minister.

After the submission of the affidavits, the number of seats in the opposition increased, therefore the governor appointed Hareen Fernando as the Chief Minister.