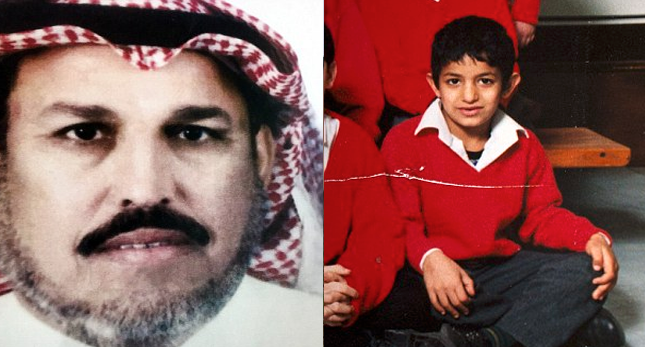 Jihadi John's father 'a bully and a collaborator with Saddam': Family fled to Britain from Kuwait after he was accused of helping forces during Iraqi invasion

The father of Jihadi John moved his family to Britain from their native Kuwait after being accused of collaborating with Saddam Hussein’s forces during Iraq’s invasion of the country, it was claimed yesterday.

A picture of Jasem Emwazi has emerged which suggests he is a conservative Muslim who shielded his children from Western culture.

Meanwhile his daughter’s former boss revealed how he had been aggressively confronted by Mr Emwazi after he was forced to sack her.

Mr Emwazi is now believed to be in hiding in Kuwait after his 26-year-old son Mohammed was last week identified as the masked Islamic State butcher who has fronted horrific hostage execution videos.

Details of his 25-year-old daughter were revealed by her former employer who said she was forced to move from Britain back to Kuwait against her will and made to wear an Islamic headscarf.

Despite growing up in London, she ‘knew nothing about life’ and did not understand references to celebrities, such as reality TV star Kim Kardashian, popular films, cars and brands of alcohol, he said.

Mr Emwazi, 51, said by a family friend to be a former Kuwaiti police officer, was a member of the ‘Bidoun’ group of stateless people denied citizenship by countries in the Gulf. (Daily Mail)