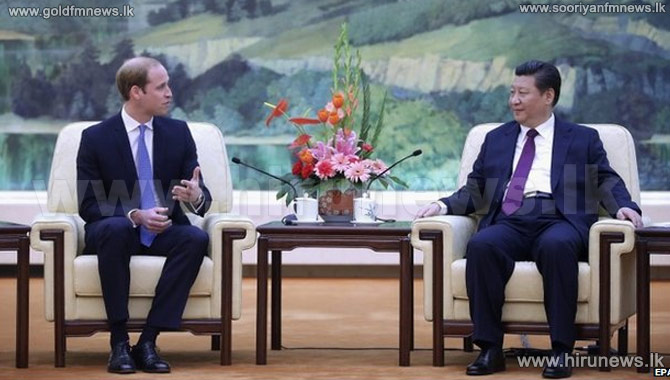 The Duke of Cambridge has met Chinese President Xi Jinping, as the prince begins the highest-profile UK royal visit to China in nearly 30 years.

The president said the Royal Family had contributed "positively" to co-operation between China and the UK.

Prince William presented him with an official invitation from the Queen to make a state visit later this year.

The meeting in Beijing's Great Hall of People also saw the two men discuss their mutual love of football.