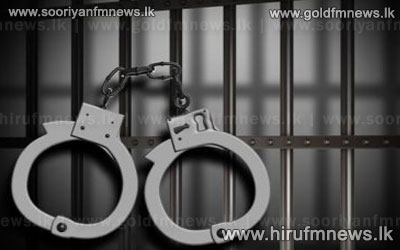 A two-year prison sentence has been imposed on the 27 year old woman from Batticaloa who scribbled on the Seegiriya mirror wall with a hair pin.

The sentence was given when the case concerned was taken up for hearing before the Dambulla Magistrate Sanjeeva Ramya Kumara yesterday.

Archaeology officials had arrested and handed her over to the police on February 14th in connection with scribbling her name and the word “thank you” on the mirror wall.

Subsequently she was produced before court and remanded till yesterday.

The woman concerned had come to Sigiriya on a trip with a group of employees of the factory he worked for.

It’s mentioned in Sinhala, Tamil and English to not to deface the Sigiriya mirror wall.

In addition two special archaeological supervising officers are deployed for the security of the mirror wall.