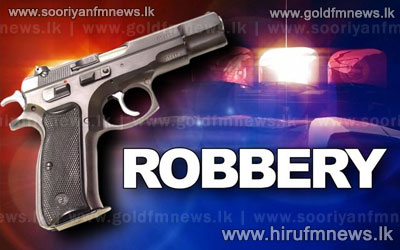 Two persons who arrived on a motor cycle wearing full face helmets and black jackets robbed nearly Rs. 2 million worth of cash from a private bank.

The 2 suspects entered the bank at 1.45pm and fired 3 gun shots after assaulting the security officer.

The injured security officer is currently receiving treatment at the Kalubowila Hospital.

Considering the previous cases of robberies, it was a common trait that the robbers broke in wearing full face helmets

127 incidents were reported within last year

Therefore, Police media spokesman SSP Ajith Rohana stated during a media briefing convened in Colombo yesterday, that the use of full face helmets will be completely banned from the 21st of March.