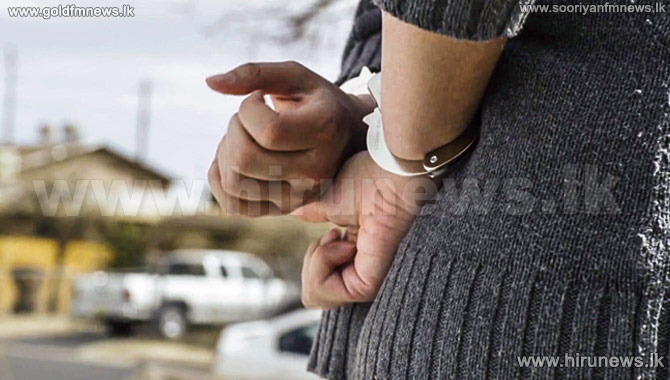 The Terrorists Investigation Division arrested the leader of Female Sea Tiger Wing of the LTTE, Murugesu Pahiradi, at Katunayake International Airport yesterday when she was preparing to leave for France.

Pahiradi has acted as the leader of the Female Sea Tiger Wing from 1997 to 2000.

She has left for France in 2005 and returned to the country on the 9th of February and stayed at Dharmapuram area in Paranthan.

Husband of Pahiradi, Subramanian Jayaganeshan alias Samiraj had worked as an international financial controller of the LTTE.