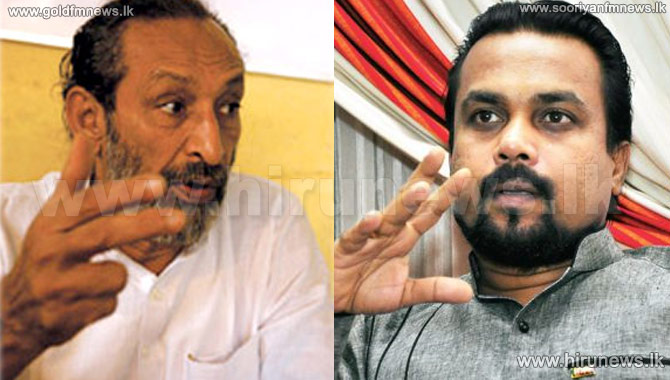 The NFF questioned the government today whether there is a move to demarcate the Northern sea territory with India after the forthcoming general election.

NFF leader and former Minister Wimal Weerawansa raised this question during a media conference held at the parliament complex today.

The conference was organized to enlighten the media about a public rally to be held in Kandy on the 6th of March, for nominating former president Mahinda Rajapaksa as the UPFA prime ministerial candidate at the forthcoming general election.

Expressing his views, NFF Leader Wimal Weerawansa said that the present government has deceived the people by breaching the promises made during the election.

Addressing the media, Democratic Left Front Leader Wasudeva Nanayakkara said the current government is playing into the hand of imperialists.