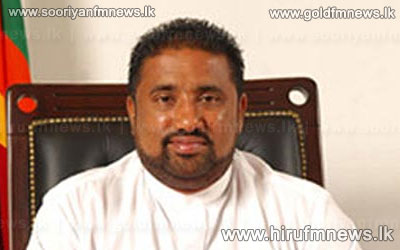 Former Minister Rohitha Abeygunawardena was summoned to the Commission to Investigate Allegations of Bribery and Corruption this morning.

He was summoned to the Bribery commission to provide a statement regarding the complaint lodged by JVP stating that the former Minister has earned assets through illegal means.

A top official of the Commission told our new team that the questioning and recording the statements of the former Minister is currently underway.

JVP’s Organization of Voice against Corruption lodged this complaint at the Bribery Commission recently.

UPFA Parliamentarian Rohitha Abeygunawardena has been interrogated by the Bribery Commission (BC) today morning over a latest complaint made against him.