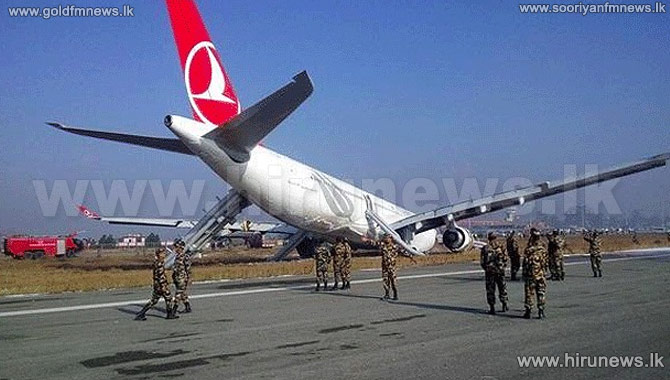 A Turkish Airlines plane has crashed after overshooting the runway as it took off for a flight at an airport in Nepal.

The Airbus A330's front landing gear collapsed and the plane nose-dived on the runway at Tribhuvan International Airport in Kathmandu.

No passengers on the flight, THY726, were seriously hurt in the incident but some were given medical attention after evacuation.

Airport officials said the plane with 238 people on board was coming from Istanbul on Wednesday when the accident happened.

Images of the aircraft circulating on social networking site Twitter showed the plane lying on a grassy ground near the fire station with its nose on the ground.

Bad weather conditions and low visibility have been blamed for the disaster.

The aircraft was put on a long hold and had also aborted earlier approach for landing for a go-around.

The runway at TIA has been closed after the incident. (Telegraph UK)