Will former President Mahinda Rajapakse contest for the General Election? A reply from Namal Rajapaske 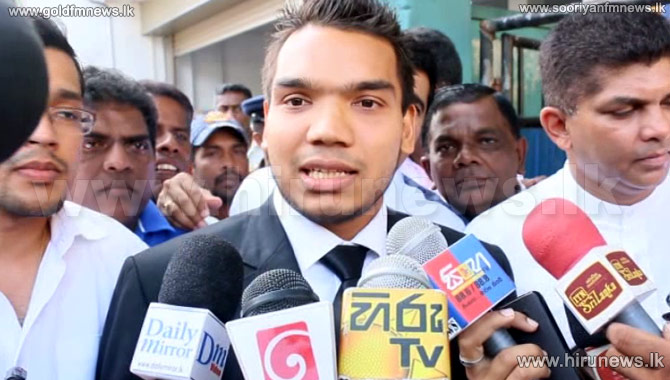 The SLFP said today that it would not participate in the public rally to be held in Kandy next Friday.

Party’s National Organizer and Former Minister Susil Premajayantha announced this during a media briefing held at party headquarters in Colombo.

The rally scheduled on Friday in Kandy would insist that former President Mahinda Rajapaksa should be fielded as the SLFP Prime Ministerial candidate in the forthcoming general election.

The SLFP central working committee has decided to ban its public representatives from participating in political rallies organized by different political parties.

When reporters questioned MP Rajapaksa about the party decision, he said that all should bow to the central working committee’s decisions.