US ambassador's face SLASHED in Seoul 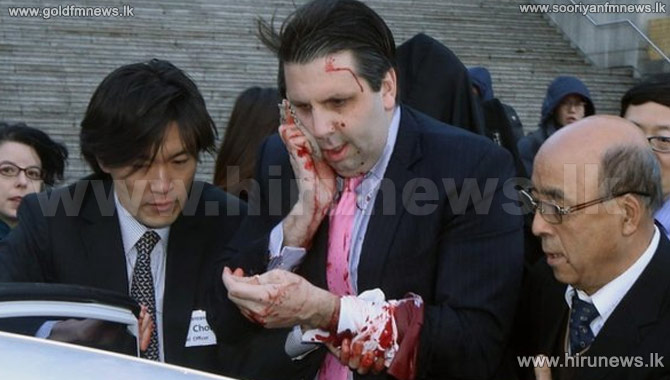 The US ambassador to South Korea, Mark Lippert, was injured in an attack by a blade-wielding assailant yesterday in Seoul.

A man with a blade concealed in his right hand attacked Lippert as he was attending a breakfast function at the Sejong Cultural Institute in central Seoul.

Video footage, in the immediate aftermath of the attack, showed the ambassador being rushed out of the building holding one hand to his bleeding right cheek, with his other hand smeared with blood.