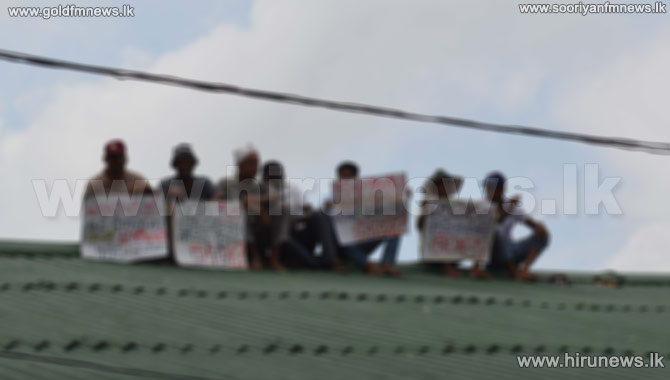 The protest staged by a group of workers contracted by RDA continues on top of the roof of a new building in Sethsiripaya, Battaramulla.

The protesters stated that their tenure which was scheduled to end by December this year has been terminated by the current administration.

He stated that the President and the Prime Minister should intervene and provide an immediate solution to this issue.

The attempt by our news team to contact Minister of Highways and Investment Development Kabeer Hashim, was futile since there was no response.

Meanwhile, the Chairman of Government Midwives Association Devika Kodituwakku stated that the satyagraha staged by the Association still continues

The Midwives are staging the protest against a circular issued by the Secretary of the Health Ministry on a stage in front of the Ministry.

Upon a request made by the Police, the court ordered the protestors to remove the stage built for Satyagraha.

Accordingly, the stage built on the pavement in front of the Ministry was removed.