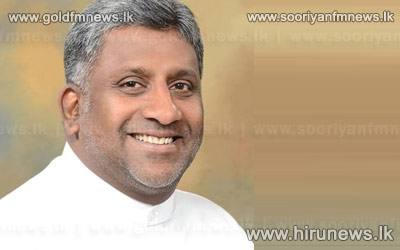 Western Provincial council Chief Minister Prasanna Ranatunga states that it’s not due to fear that he has decided not to attend the rally organized in Kandy tomorrow requesting to name former President Mahinda Rajapaksa as the Prime Ministerial candidate.

Before leaving for Australia, Chief Minister Prasanna Ranatunga submitted a letter to SLFP General Secretary former Minister Anura Priyadarshana Yapa, stating that he attended the Nugegoda rally according to his conscience.

The letter further stated that one can impose bans on persons but no one can ban a person’s conscience.

Chief Minister Prasanna Ranatunga added that the party has not prohibited the 5.8 million voters who voted for former President Mahinda Rajapaksa.