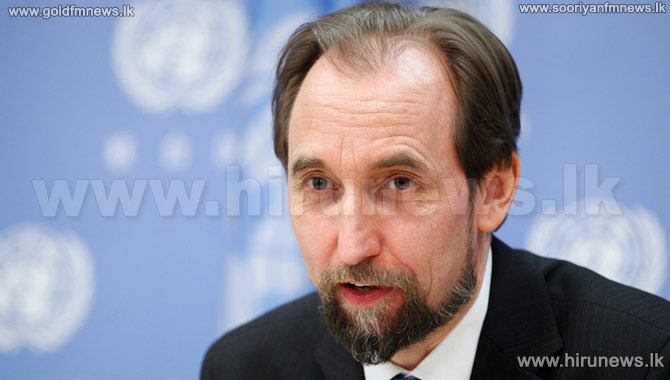 The United Nations’ top human rights official urged the Sri Lankan Government to consult “deeply” with the people, particularly victims of the war, in order to design mechanisms that will work and not repeat the failures of the past.

In a major speech to the 47-member U.N. Human Rights Council, Zeid Ra’ad Al Hussein said Member States were also due to consider his report on the implementation of UNHRC resolution 25/1 on accountability and reconciliation in Sri Lanka, including the findings of the comprehensive investigation mandated by the Council at the session.

The U.N. High Commissioner for Human Rights, however, noted that after serious reflection, and acting upon the suggestion of the investigation’s group of experts, he recommended that the presentation of the report be deferred until the 30th session of the Human Rights Council in September.

He stated that the Sri Lankan Government has agreed to invite the Special Rapporteur on Truth, justice, reparations and guarantees of non-recurrence, and the Working Group on enforced and involuntary disappearances, as well as himself, to visit Sri Lanka before the September session.

Zeid says that OHCHR staff also plan to engage on the ground with all stakeholders to advance transitional justice issues, during this period.