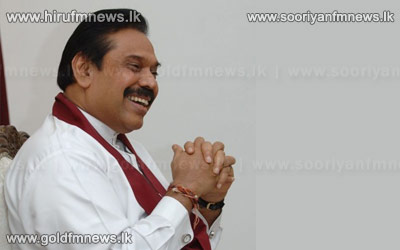 Former President Mahinda Rajapaksa said that opinions against SLFP cannot be prevented by threats and intimidations.

The former President visited Madurawala Pradeshiya Sabha on his way to attend a wedding ceremony in the area.

Some of his supporters also gathered at the Madurawala Pradeshiya Sabha premises to meet him.

The Former President Rajapaksa told the media that the true SLFP remains with him and nobody can ask him to resign from SLFP.

When reporters enquired if he would participate in the rally to be held today in Kandy, he said that he has received an invitation.