Disciplinary action against SLFP Members who participated at Kandy rally 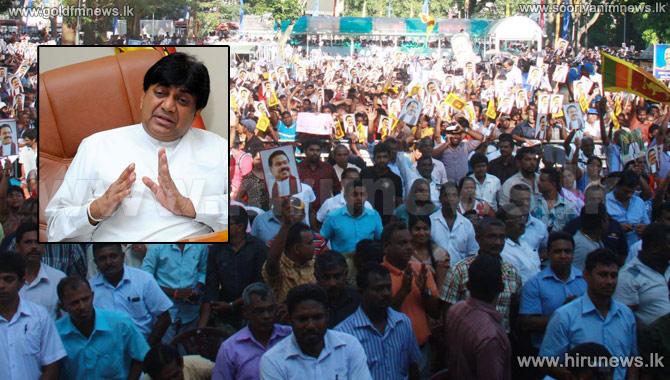 SLFP Media Spokesperson MP Dilan Perera stated that disciplinary action may be taken against SLFP members who participated at the recent rally in Kandy which was held canvassing support for appointing Former President Mahinda Rajapaksa as UPFA’s next Prime Ministerial candidate.

The MP said that the objective was to ensure the future safety of the party.

This rally was organized by the same UPFA coalitions including MEP, NFF, DLF and Pivithuru Hela Urumaya.

SLFP MP Dilum Amunugama took to the stage while it was reported that former Minister Salinda Dissanayaka was also present along with several other Provincial Councilors.

However, SLFP MP Dilum Amunugama stated that in case an inquiry is made he is prepared to respond.