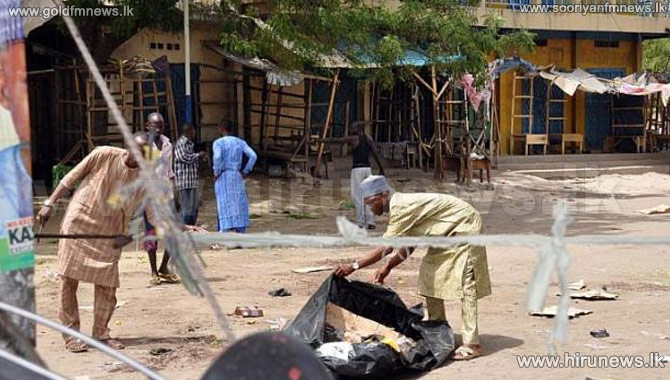 4 suicide bomb attacks yesterday, hit the city of Maiduguri killing at least 54 people and wounding 143 in the heartland of Nigeria's north-eastern Islamic uprising.

The blasts occurred over four hours, with the first blast occurring in a busy fish market and about an hour later, a second explosion rocked the Post Office shopping area near the market, and a third blast was detonated at Monday Market, the biggest in Maiduguri, and a fourth explosion ripped through the Borno Express bus station.

A fifth explosion from a car bomb at a military checkpoint 50 miles outside the city wounded a soldier and two members of a civilian self-defense unit.

No one immediately claimed responsibility for the attacks but they bear the hallmarks of the Boko Haram Islamic extremist group.