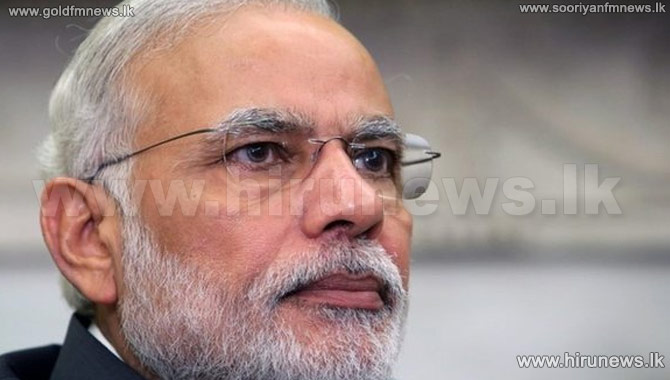 Indian Prime Minister Narendra Modi says that he is looking forward for the Sri Lankan tour with great interest and hope.

The Indian Prime Minister points out in his message that it will be possible to further strengthen the relations between the two countries during the next several years.

Indian Prime Minister Narendra Modi who arrives in the island for a two-day official visit on 13th March is scheduled to tour Jaffna as well.

Indian Prime Minister Narendra Modi will undertake an official visit to Sri Lanka from 13th to 14th March 2015 at the invitation of President Maithripala Sirisena.

During his visit to Sri Lanka next week, Indian Prime Minister will flag off the first train signifying recommencement of the Thalaimannar - Medawchchiya sector of the train service to Colombo, following the rehabilitation work carried out with Indian credit assistance.

Upon his arrival on 13th March, Prime Minister Modi will be accorded a ceremonial welcome including a Guard of Honour and Gun Salute.

The Indian Prime Minister will address a Special Sitting of Parliament. He will also lay a wreath at the IPKF Memorial and visit the Mahabodhi Society.

During the visit, the Indian Premier is expected to travel to Anuradhapura, Thalaimannar and Jaffna.

In Anuradhapura, he will visit the sacred Sri Maha Bodhi.

While in Jaffna, the visiting Prime Minister will unveil a plaque at the site of the proposed India- funded Jaffna Cultural Centre and also hand over to beneficiaries, houses built with Indian assistance.